I was sent this beautiful mail by a brother, which contained the glorious Ayat ul Kursi. May you all read it and benefit from it. Kindly pray for the good health of brother who has forwarded to all of us. 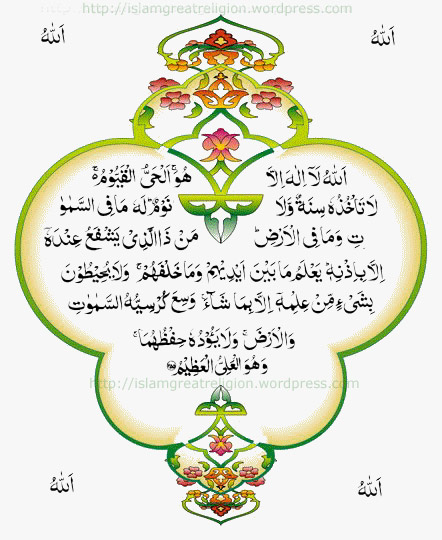 Allah! There is no God save Him, the Alive, the Eternal. Neither slumber nor sleep overtaketh Him. Unto Him belongeth whatsoever is in the heavens and whatsoever is in the earth. Who is he that intercedeth with Him save by His leave ? He knoweth that which is in front of them and that which is behind them, while they encompass nothing of His knowledge save what He will. His throne includeth the heavens and the earth, and He is never weary of preserving them. He is the Sublime, the Tremendous.

Continuing in the last post’s theme is another way, our newer generation will be learning the letters/alphabets in a rather keyboard oriented route.

Thank God …. A is still Apple

I remember when I was in school, somewhere in 1985-86. We were introduced to computer software in school in the form of a subject. I remember some of my friends opting for Dbase and Lotus.  Those who opted for computers were considered progressive, high tech and really intelligent. Somewhere in 1990, I too enrolled for a course in C language. Not that anything materialized from it ~ I did not even pass the course !!!

Over a period of the next 10 years. Computers really seeped thru every channel of transaction we made. Ofcourse Microsoft was a revolution in itself. The WWW opened the world like nothing before. We knew what Mrs Peng cooked for dinner far away in a tiny province of china or what programe young Steven was watching in a remote village close to Durban. The world seemed to be magically rolled up and fitted into the gazillions of dots and @ in our computer screens. It is still amazing !! And I am reminded about this phenomeon when my young son asks me, how did you find things or do projects before computers ?? Wow, Now THAT was a challenge.  Although it did not seem so then.

This also brings me to the weird and wonderful world of chat rooms, forums, discussion boards etc.  Being a typist, I find typing rather easy and convenient but I can understand how impossibly difficult it must be for those who use two forefingers to get around so many keys. My husband for instance has mastered the keyboard with his two forefingers, amazingly.

Probably becoz of this, people have these really short, abbreviated codes in these forums. It is amusing and amazing, and sometimes, its hard to keeep up with the scores of newly abbreviated terms online. Here are some of them for you. Personally, I dont like it. I prefer simple english to communicate. Probably the only word I generally abbreviate, which has now almost become a signature in my articles is ~ becoz for because and thru for through. I have  been doing so since school and have got into trouble on several occasions for using them. And what do you know now ~ My cousin sister who is a principal in a school, is using some of these codes to communicate !!!!

So when your on facebook or tweeter and come across so really weird looking word which does not make any sense, please turn to this post to make some sense of it !!! Here is a small collection of them :

Oh, SMH means Scratching My Head or Shaking my head.

Here’s a list of a few funky phobia’s that I came across but thank fully, I dont  have any except perhaps a huge fear of cockroaches. Cant stand the site of the darn things !!

Interestingly enough,  Elizabeth I of England suffered from anthophobia. Whats that you ask ??? Any wild guesses ????

Very Funky Phobias indeed !!!  And here they are :

Now that should be a real phobia for the poor chickens !!

Automantonophobia-The fear of ventriloquist’s dummies, animatronic creatures, or anything that falsly represents a human being.

Hyelophobia- The fear of glass

Lachanophobia- The fear of vegatables

Liticaphobia- The fear of lawsuits

Logizomechanophobia- The fear of computers

Metrophobia- The fear of poetry

Octophobia-The fear of the figure 8

Oenophobia- The fear of wine

Pogonophobia- The fear of beards

Politicophobia- The fear or abnormal dislike of politicians.

Sesquipedalophobia- The fear of long words

Taphephobia-The fear of being buried alive

Xenophobia- The fear of foreigners or strangers